What do they all have in common — as males, that can be pregnant and give birth to offspring!  I used to want to be a seahorse so my hubby would have to carry our baby, but Thomas Beatie, a transgender male is carrying his child. His story is pretty amazing, so read the article.

Sujal, and you think I don’t read your blog!

In my recent e-conversations with my college friend Lani, now Will, we have talked about the effects of taking testosterone. I knew someone else who transitioned from female to male, and when he began testosterone, he began losing his hair because of male patterned baldness, not something I’d ever though about it. So I mentioned it to Will, which prompted this amazing list on his blog, Self-Made.

It blew me away! We talked about it for a bit, that one experiences the world in a set way, and then suddenly, because of a hormone, one’s perception has changed. Talk about getting a new perspective, or walking a mile in someone else’s shoes! The new expression will be, “Try taking someone else’s hormones.” It’s actually really helpful information to realize just how much hormones affect us.

A friend and I visited the Pequot Museum in Mashantucket, CT today. I’d been wanting to go to this museum since I moved here, but things just kept getting in the way.

Overall, it was a pretty cool museum — one that spared no expense. It’s nice place. My friend and I were particularly intrigued by the supercool looking firehouse on the reservation — very cool architecture. We both agreed that this was the hippest fire station either of us had ever seen. And I’ve been to wedding receptions at fire stations.The museum had a lot of diorama-type displays — the “ancient peoples” displays of history museums. Those kids of exhibits always make me think of this passage in The Catcher in the Rye where Holden is in the Museum of Natural History in NYC by the Park, and he describes the diorama exhibits and mentions how he feels comforted by them because they never change, that no mater when he visits, that eskimo will always just have caught a fish, and that deer-skinned clothed woman will always be starting a fire. Not that there’s any correlation between the two, other than the fact that those kinds of exhibits make me think of the novel.

While I did really like the museum, I wasn’t blown away by it like I was the National Civil Rights Museum, which I visited last year when I was in Memphis. I highly recommend that one.

Last week we went to the Hill-Stead Museum, which I also had been wanting to see for awhile. It was an enjoyable tour — and I really like having a tour guide. But I also thought the museum was a little stodgy. Okay — I do love china, especially antique china (it’s my one anglo-phile weakness) (okay — Jane Austen, too) (Who am I kinding — there’s lots more English “stuff” I like — but not colonialism!). But the museum is a little self-important in terms of commemorating Theodate Pope and her wealthy, art-collecting father, Alfred. And when we asked questions of our tour guide, she did not seem to like that our interests went beyond the realms of the immaculate life of Theodate Pope, whose name incidentally means “gift of God,” a name she took on. I’m going to start calling myself Gift of God and see how people react.

Don’t get me wrong, the Hill-Stead museum and grounds seem to do a lot of great things, like the Sunken Garden Poetry Festival, and I did enjoy the museum. At one point we saw these two little paintings — clearly Indian in origin, and I think they may have been mughal miniatures — a fascination of Bharati Mukherjee. In an interview called “Holders of the Word”, she describes the way these paintings influence her writing. When I asked the guide about these two works, she consulted the “room guides” to all the pieces of artwork, and those were not listed. While there were two or three Japanese woodcut prints in the house, the fact that there was no listing for these obviously eastern pieces made me think that this house had a particularly Eurocentric point of view. And that irked me a little. I suppose it has every right to be Eurocentric, but again, it seemed a little like the wealthy class patting itself on the back for being so wealthy. I was particularly interested in the library which had a large collection of old books. I searched titles that the family owned — and I saw noting that seemed “against the grain” in any way. The guide was trying to portray Theodate (and she continually referred to her as Theodate) as this very progressive woman, simply because she became an architect at the turn of the 20th century. She opposed a woman’s right to vote — how progressive could she be. So she was wealthy enough to pursue her own goals… Grr.

Clearly I felt some classism that drove me a little nuts.Nonetheless, I plan on going to see Billy Collins this summer. So there.

Those of you who know me well know that one thing I love about March is that it is maple sugar season. Once of my favorite things to do is to go up to sugar shacks that serve breakfast. Yum. Last weekend, my friend Amy and I went up to Davenport Maple Farm, which is a great place — my favorite — in Shelburne Falls, MA just north off of Route 2. Part of the reason I love it is because it is high up on a hill, and it has beautiful views. Normally, the breakfast there is great. Last weekend I got a batch of waffle that wasn’t mixed enough, but Amy had very yummy pancakes. Of course the maple syrup was spectacular!

Perhaps next weekend I will drive back up to Shelburne Falls to visit Gould’s Sugar House, another lovely place in northern Mass.

Or I may visit the North Hadley Sugar Shack again.

Sadly, I have not been able to find a sugar shack that serves breakfast in the state of Connecticut. Get with it, CT sugar shacks! I have to go up to Massachusetts if I want my fix. Here are some great websites if you are looking for sugar shacks that serve breakfast:
Mass Maple
The Valley Viewpoint

Okay — so I haven’t done this in awhile, but here goes: 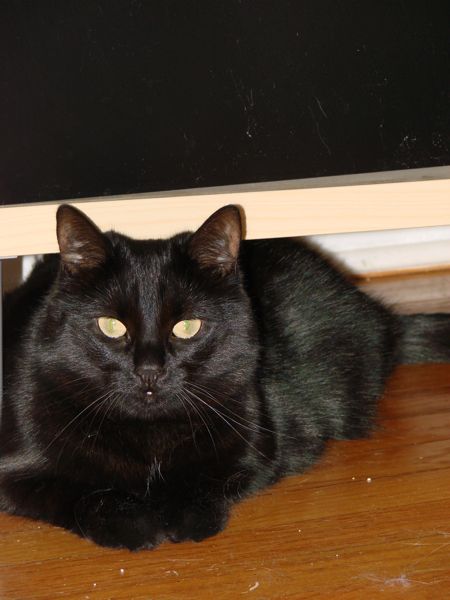 Here is a lovely close-up of Cliche.

And then here is Tillie curled up on my purple blanket: 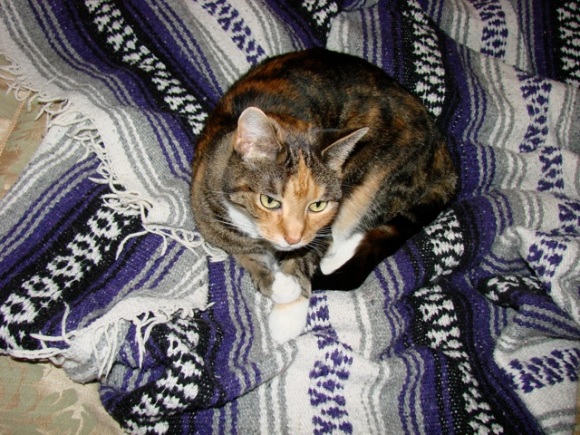 A college friend of mine very recently underwent gender transitioning surgery. He has a blog called Self-Made Lani that chronicles the experience. It’s really interesting (and personal). Check it out.

One of the things I have found most interesting from anecdotes told to me by people who have transitioned is the way hormones — and genetically passed traits — have drastically impacted them in ways they may not have expected. While living in Northampton, I had an acquaintance who began losing his hair after taking male hormones because of male pattern baldness. That idea never even occurred to me before.

Anyway — I wanted to pass along this interesting read.